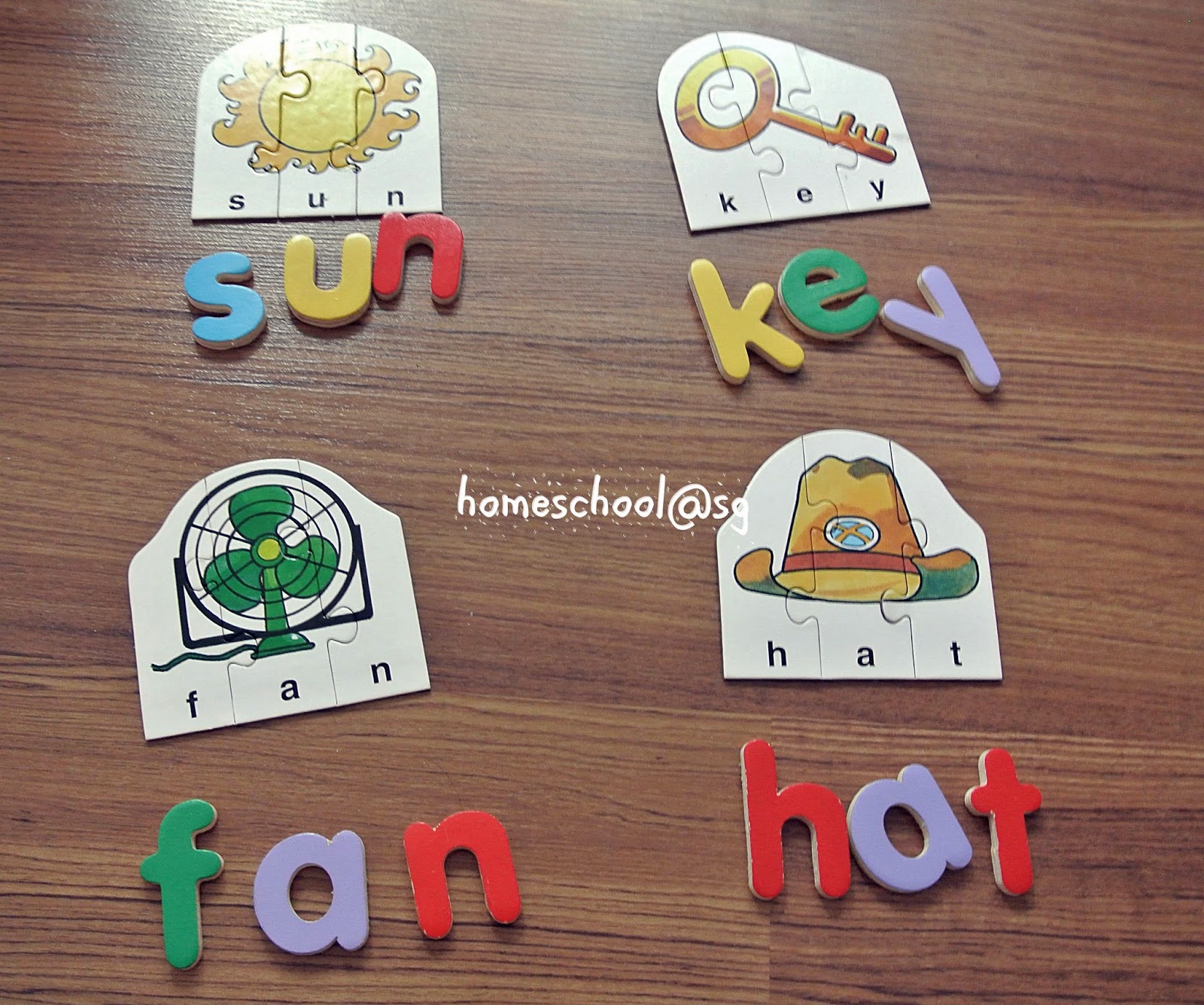 This activity has been on our shelf for months now. Every now and then, either Doll or I would whip this out and have her work on it.
I am fortunate that Doll never gets tired of this even though it's always the same 4 words. The reason why I've not rotate the puzzles is because I want her to recognise these words before I move on.
To help her, I would get her to 'spell' the words using our movable alphabet from our Melissa and Doug kit after she completes the puzzles.
I think she is getting it (finally)! I'd take away the puzzles, leaving only the movable alphabet on the floor. I ask her to read those words aloud and she's been reading them accurately! Yahoo! To really make sure she gets it, I plan to write these words on paper and have her read to me. *cross fingers!*

Posted by homeschoolsg at 18:43 No comments:

After speaking to a few 'experienced' parents of primary school going kids, we mostly concluded that the best virture of a student is being an independent learner.
So I try my best to hone that in Sonshine as much as possible. Typically, I will not provide the answers when he is in doubt. I'd either ask him to try his best or teach him to search for the answers himself.
It started with the English dictionary. I shared before I taught him how to look up the meaning of the words. Since then, he would occasionally take the initiative to look up the words.
That's when it dawn on me that I should instill the same habit for Mandarin too. I went hunting for the ideal Chinese dictionary for him and found this. 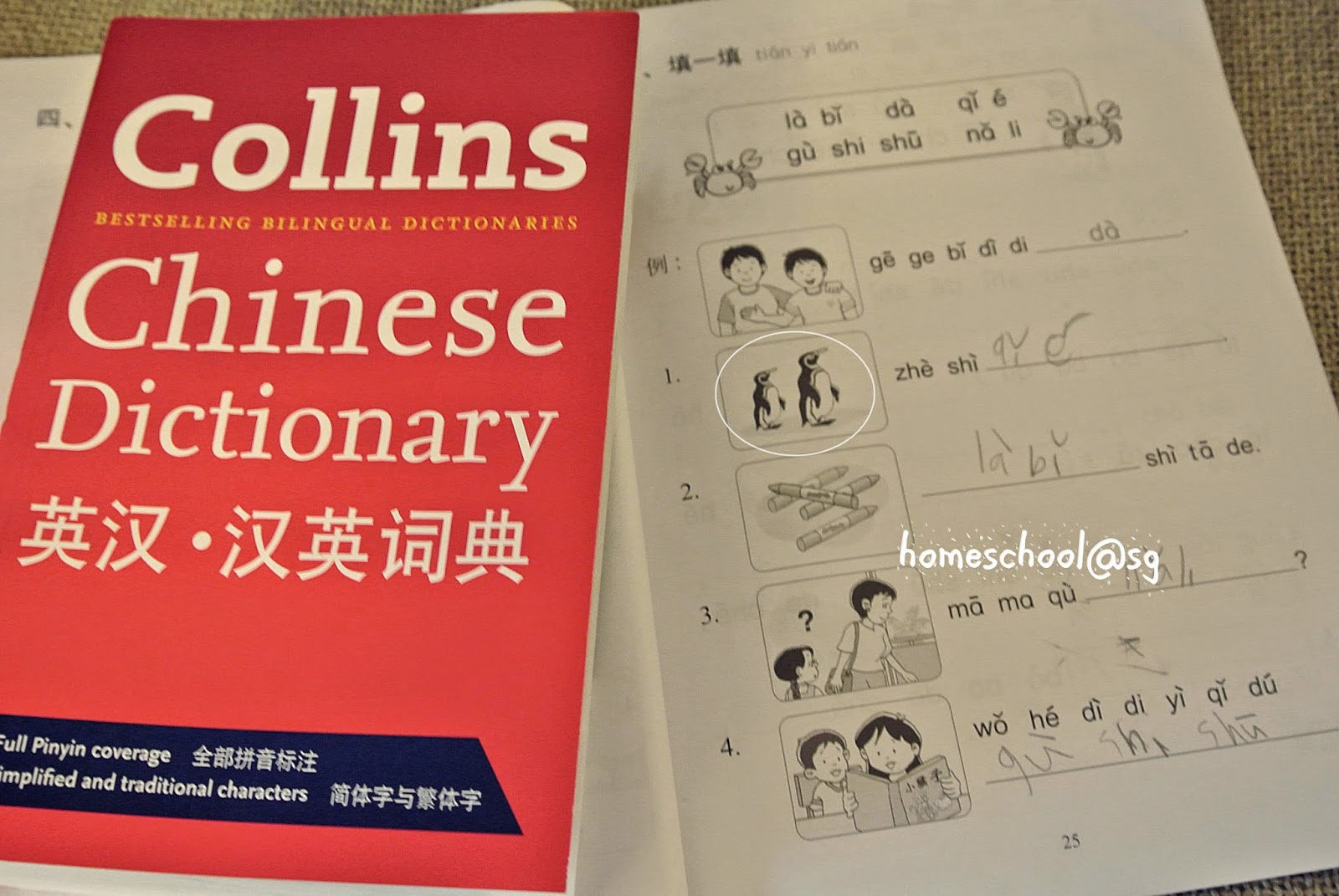 Collins Chinese Dictionary
One can look up the words in many ways. For a start, I taught him to look up a word using the Hanyu Pinyin.
I love this dictionary because 1) there is an chinese-english interpretation for each word. So, if he is looking up an unfamiliar chinese word, he is able to learn the meaning of that chinese word in English as well.
2) If he doesn't know what is the mandarin term for an English word, he can look up the word first in English and it would show the translation in mandarin. Awesome!
The perfect opportunity came when he was doing work and he didn't know what was the mandarin equivalent for 'Penguins'. I didn't want to feed him with the answer and wanted him to learn how to look for the answers himself. So, I referred him to the dictionary! 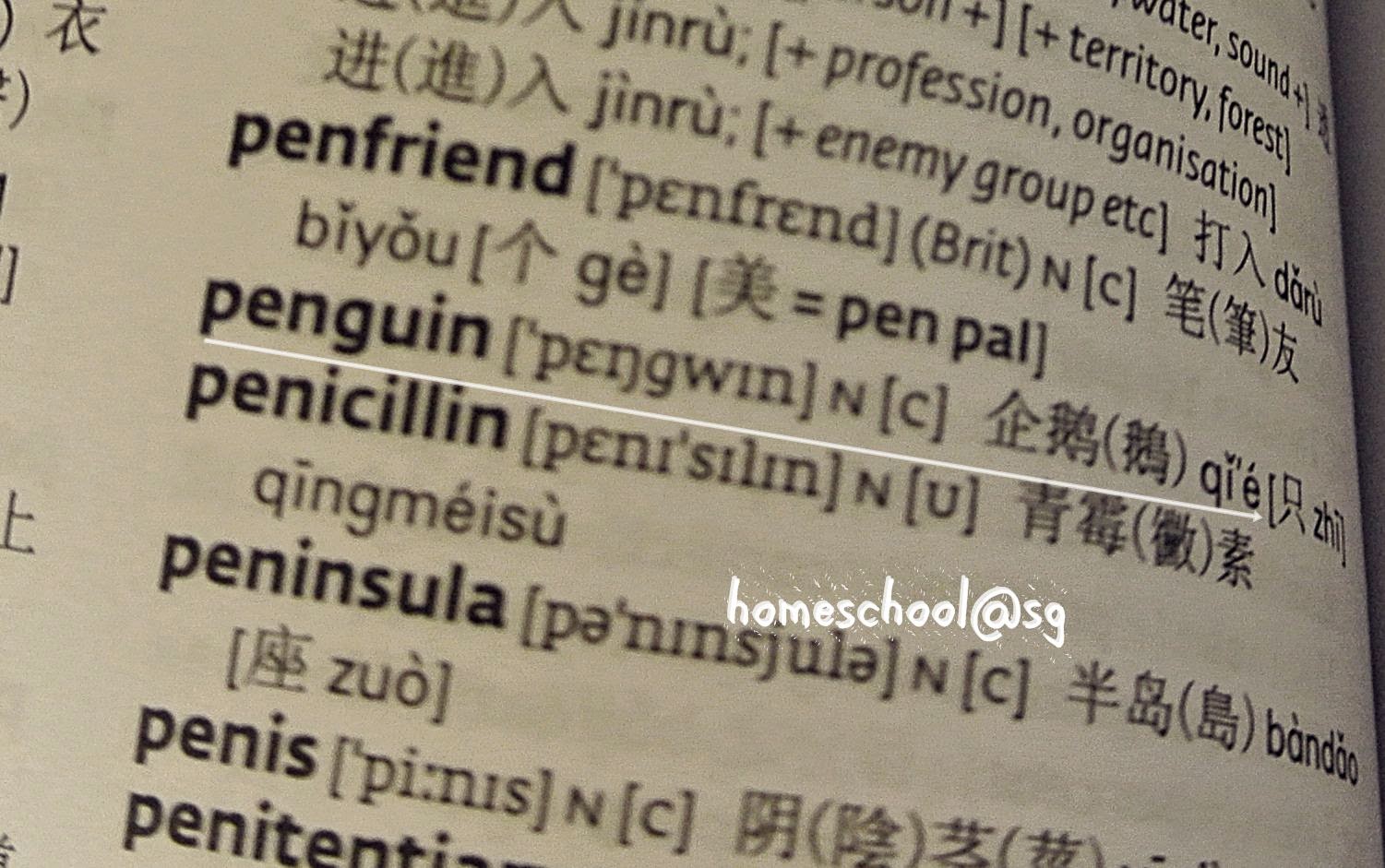 He searched the word 'Penguin' in the dictionary and found its hanyu pinyin equivalent AND the chinese characters. 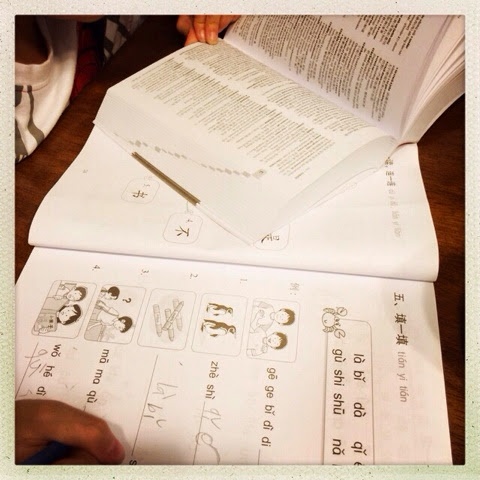 Needless to say, he found out the answer to his question.
Ah, I can see my life will get better from now on. :D